For nearly two decades, Mr. Gardner has served as a mediator in South Bend, Indiana, assisting attorneys and their clients in finding ways to settle their disputes before the case ever reaches the courthouse. Parties can submit their disputes to mediation at any time, by simply agreeing to do so, but often times 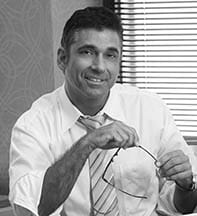 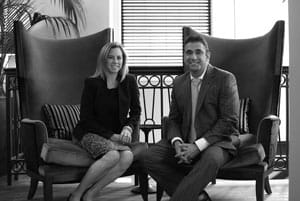 will order the parties to mediation before the judge sets the case for trial. Frequently, parties submit their dispute to mediation before suit is ever filed in an effort to avoid the necessity of filing a lawsuit altogether. Mr. Gardner's nearly thirty (30) years of experience as a litigation attorney in representing both plaintiffs and defendants, combined with his experience and insight gained after participating in thousands of mediation sessions, is of tremendous benefit to the parties who select him to act as their mediator.

Unlike trial where the parties' remedies are extremely limited by the applicable laws relevant to the dispute, the parties, by submitting their case to mediation or another form of alternative dispute resolution, can create their own remedies that could never be accomplished by a court or jury.

Since the Indiana Supreme Court adopted mediation as a form of alternative dispute resolution, many thousands of individuals and business entities have been able to take advantage of the process of mediation as a very economical alternative to submitting their disputes to a judge or jury for determination. In the mediation process, the mediator is a neutral, representing the interest of neither side of the dispute, but rather utilizing his own knowledge and experience in an attempt to bring the parties together to form their a settlement agreement. Statistically speaking, in general, mediation has proven to be effective in at least 80 percent of the cases that are submitted to the process.

Disclaimer: Official website of Gardner & Rans P.C. The information throughout this law firm website is not intended to be taken as legal advice. The information provided by Gardner & Rans is intended to provide general information regarding comprehensive legal services for clients in and around South Bend, Mishawaka, Granger, Elkhart and La Porte, as well as all other Indiana communities. If you are interested in finding out more about our services, please contact us for a complimentary, no-risk consultation. This website is not intended for viewing or usage by European Union citizens. See our Disclaimer for more information. View our ADA compliance disclosure.